I got a Bumblebee Upgrade Kit on Etsy 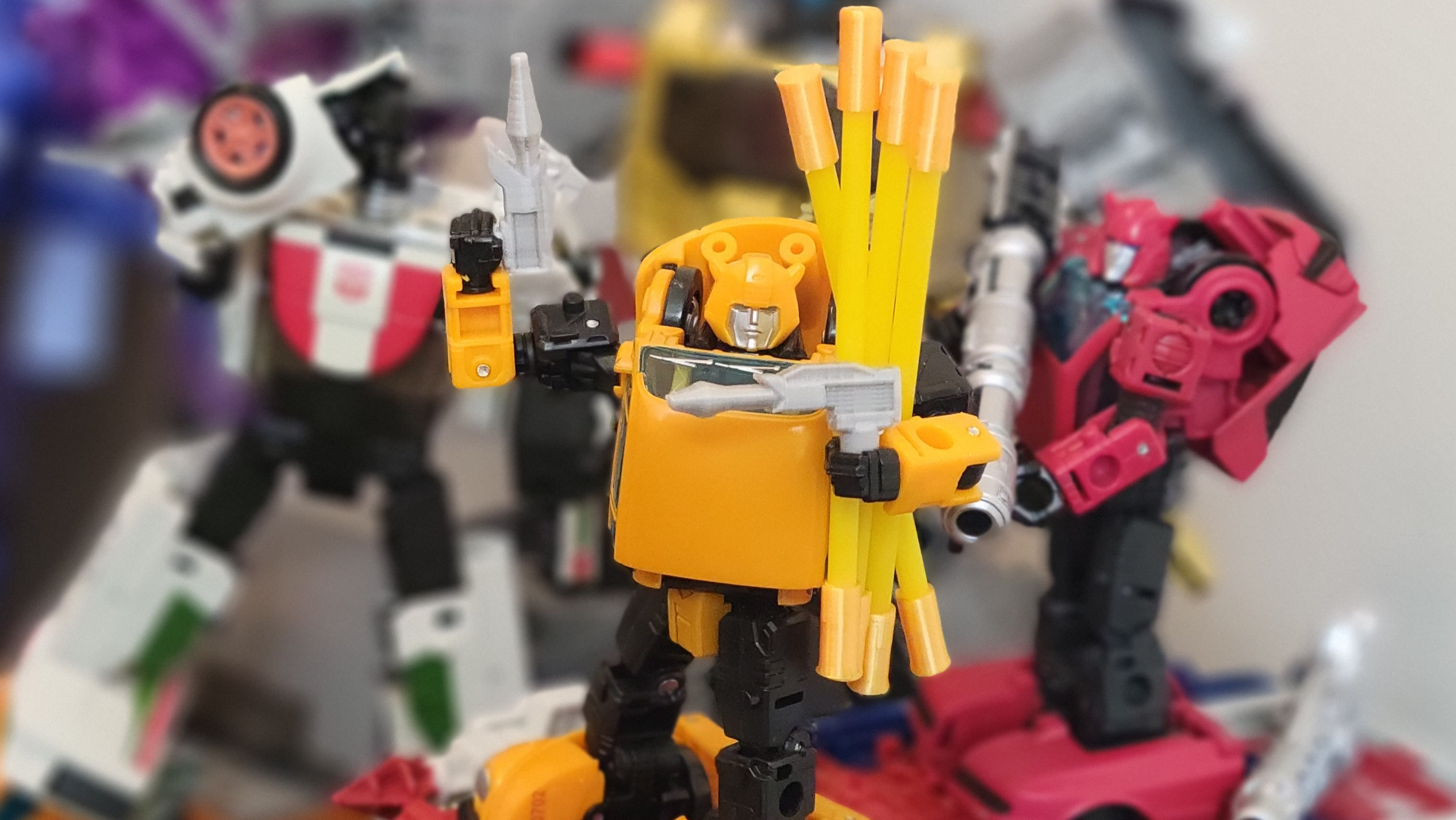 Finally, a blaster that isn't a sniper bazooka!

So, full disclosure, I have been collecting the Transformers: War for Cybertron line since it was released in 2019. And when Cliffjumper was released I jumped at the chance to get him. Sure, he was really small especially for the price, but for once he was released before Cliffjumper and didn't look like he was gonna be a repaint or retool of Bumblebee.

And then the Netflix version of Bumblebee came out and was a retool of Earthrise Cliffjumper. Which is fine; he was like a regular sized VW Beetle, transformed exactly the same way, and even had the rear window turn into a shield, which was pretty cool. The only problem I had with the guy was that he didn't come with a tiny gun. No, he had to be packaged with the same damn gun Cliffjumper came with! I mean, when Cliffjumper had it I thought it was cool. But then all of Cliffjumper's retools got it too. And even Bumblebee.

Anyway, one day I popped on to Google to look for a blaster. There's a market out there for mods, and Transformers are basically car robots, so why not look for mods? Luckily I found one right on Etsy! This person's name is VoidToys3D, and he's got a ton of upgrade kits but I was only interested in a unique blaster for Bumblebee. So that's the one I got.

And what a get it was! 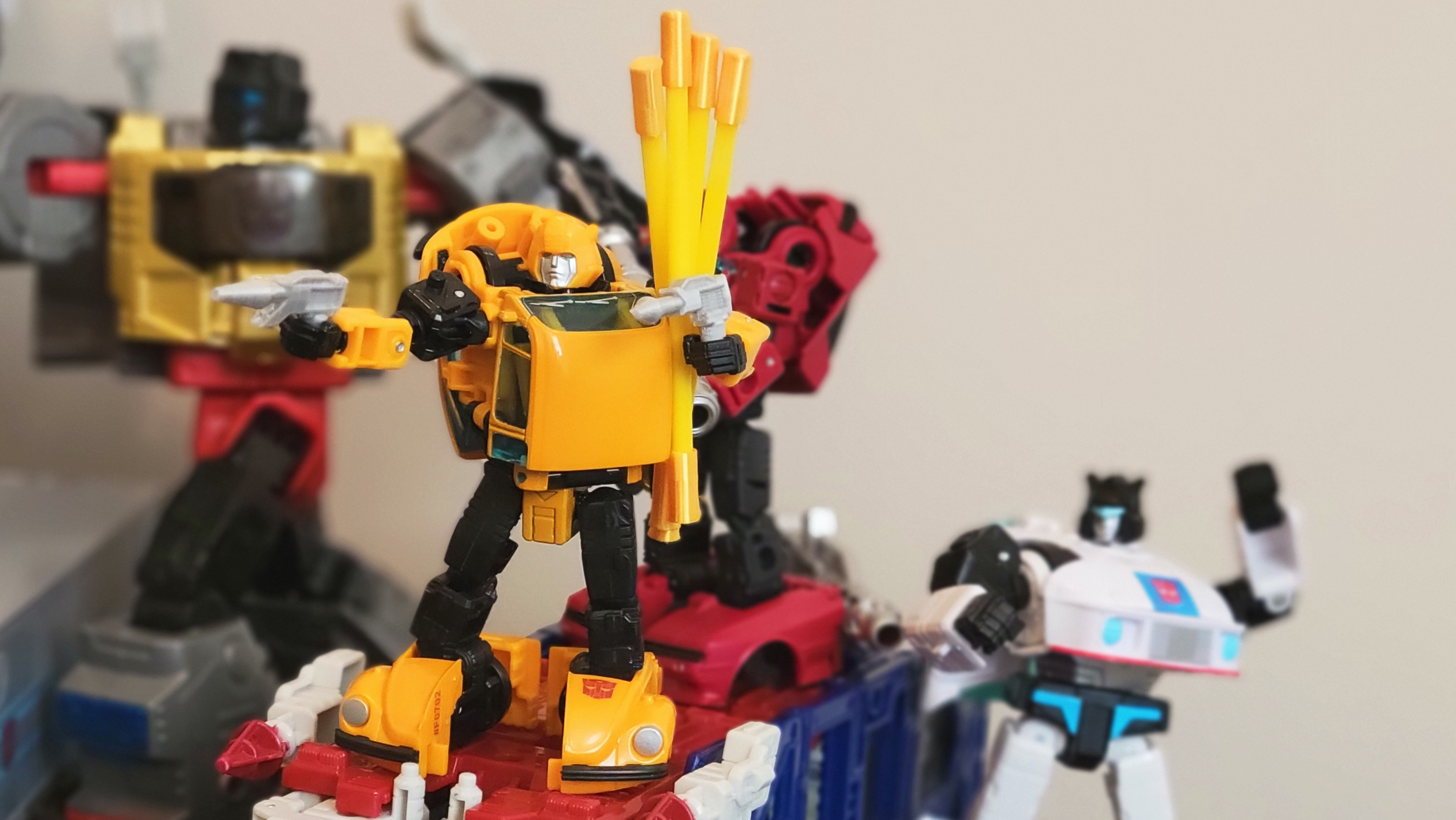 I probably should have taken Grimlock out of the shot, and everyone else, too. But hey I'm an amateur at this. Cut me some slack.

Now the description indicates everything the WFC Bumblebee Upgrade Kit comes with, but still! Not only did I get the blaster Bumblebee used in the 1980's cartoon, but he also got a second blaster, and he got energon conductor rods! I mean, I was considering getting Origins Bumblebee, but now I don't know. I think I have everything I want in this upgrade kit. 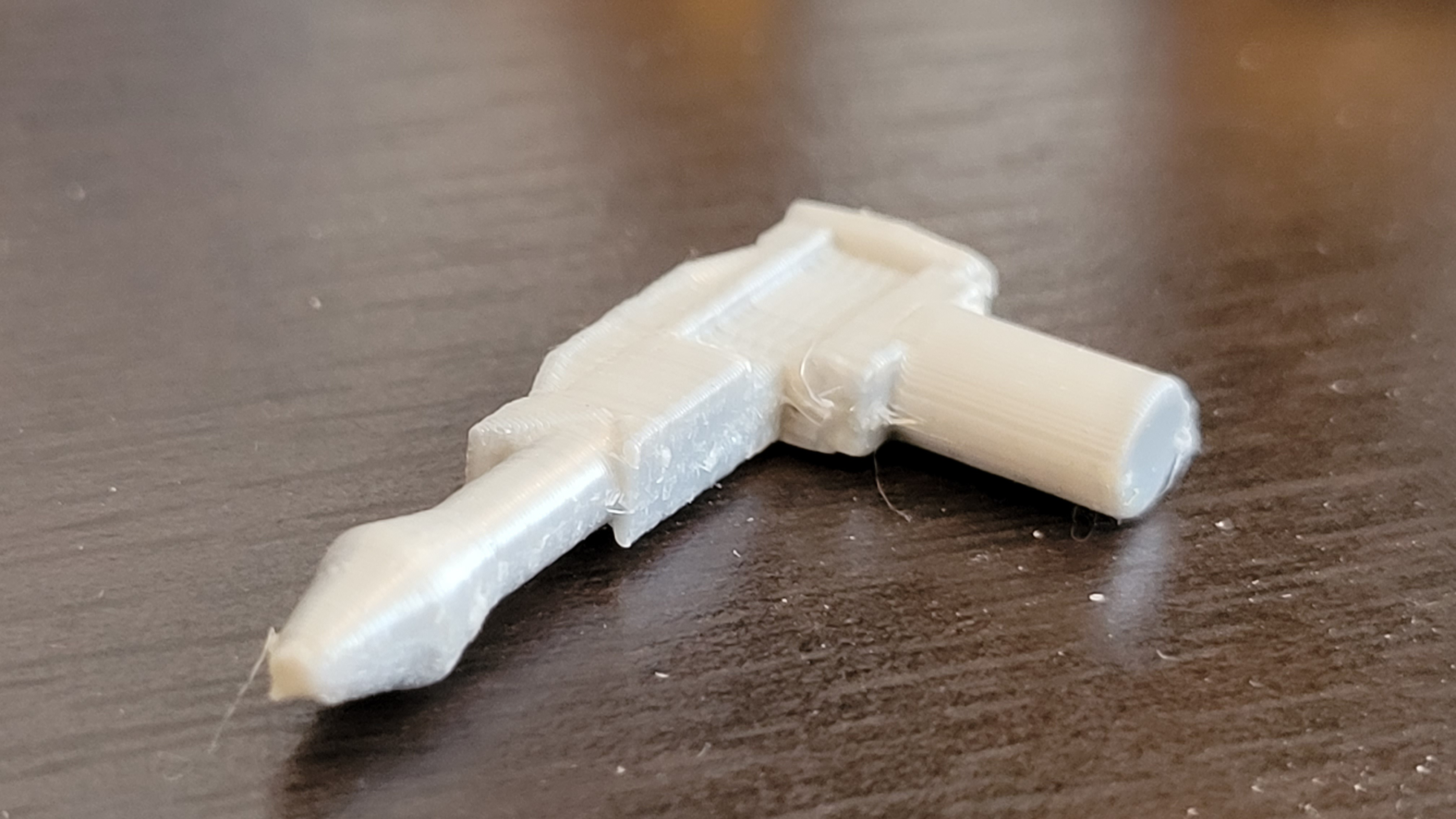 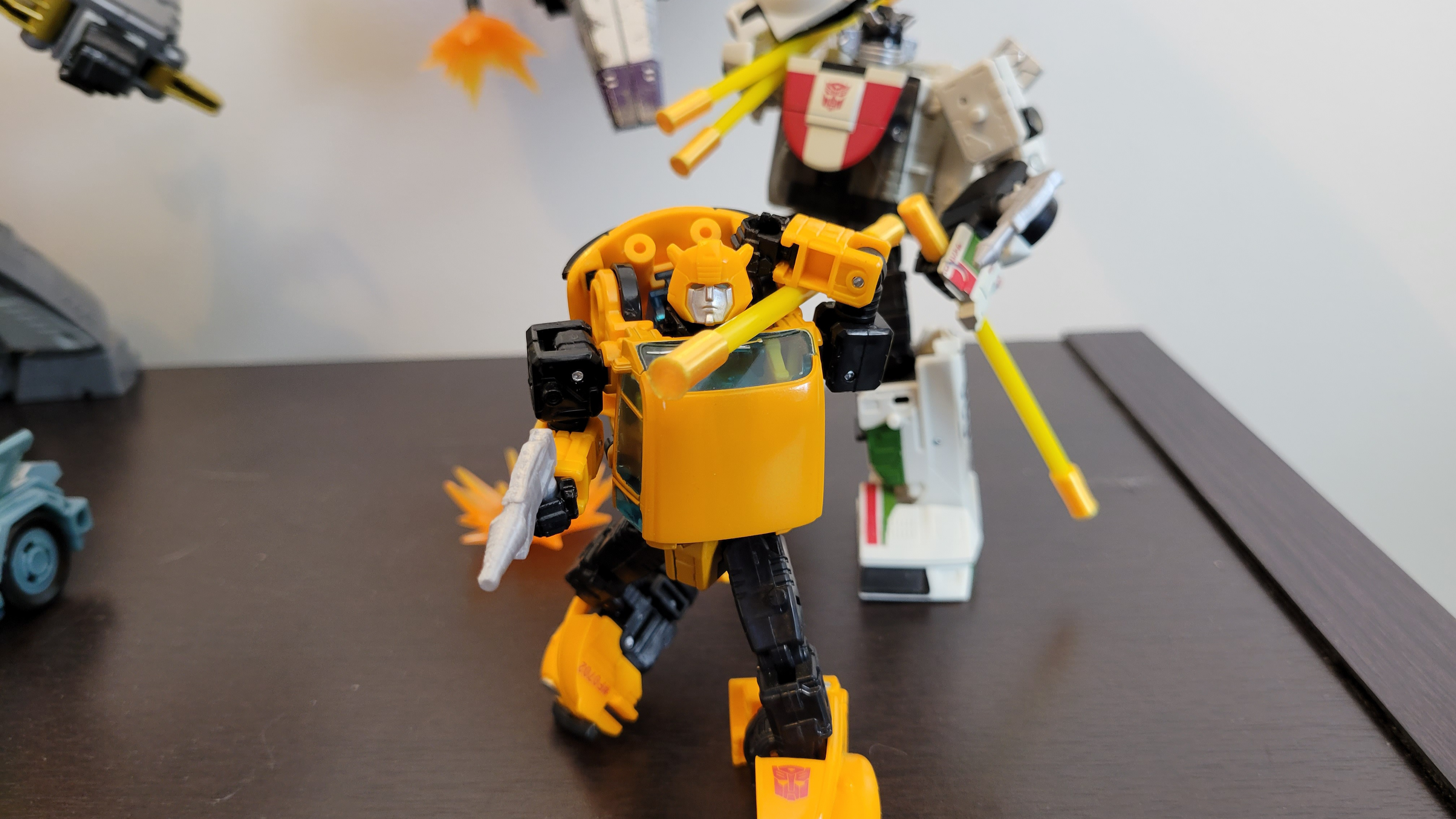 The two 3D-printed blasters' posts are a little oval-shaped, but fit within any WFC figure's 5mm hands (or ports, if that's your thing). Also, they're 3D printed, and if that's not your thing I completely understand. But for their size they have just the right amount of detail, and I'm not going to be as up close to these things if I'm not taking an extreme close up of the blaster anyway. The conductor rods are not 3D printed and are a little smaller, so you can't really position them exactly where you want in a figure's hands without being very careful about it.

The pest part is, Bumblebee's blasters are Bloosh-Compatible! Since I don't own the trademark on that I cannot actually show you, but I can at least show you this:

And finally, if you missed your chance to get him, good luck because prices on Amazon are crazy now!