Look at how beautiful the Macally laptop stand is! 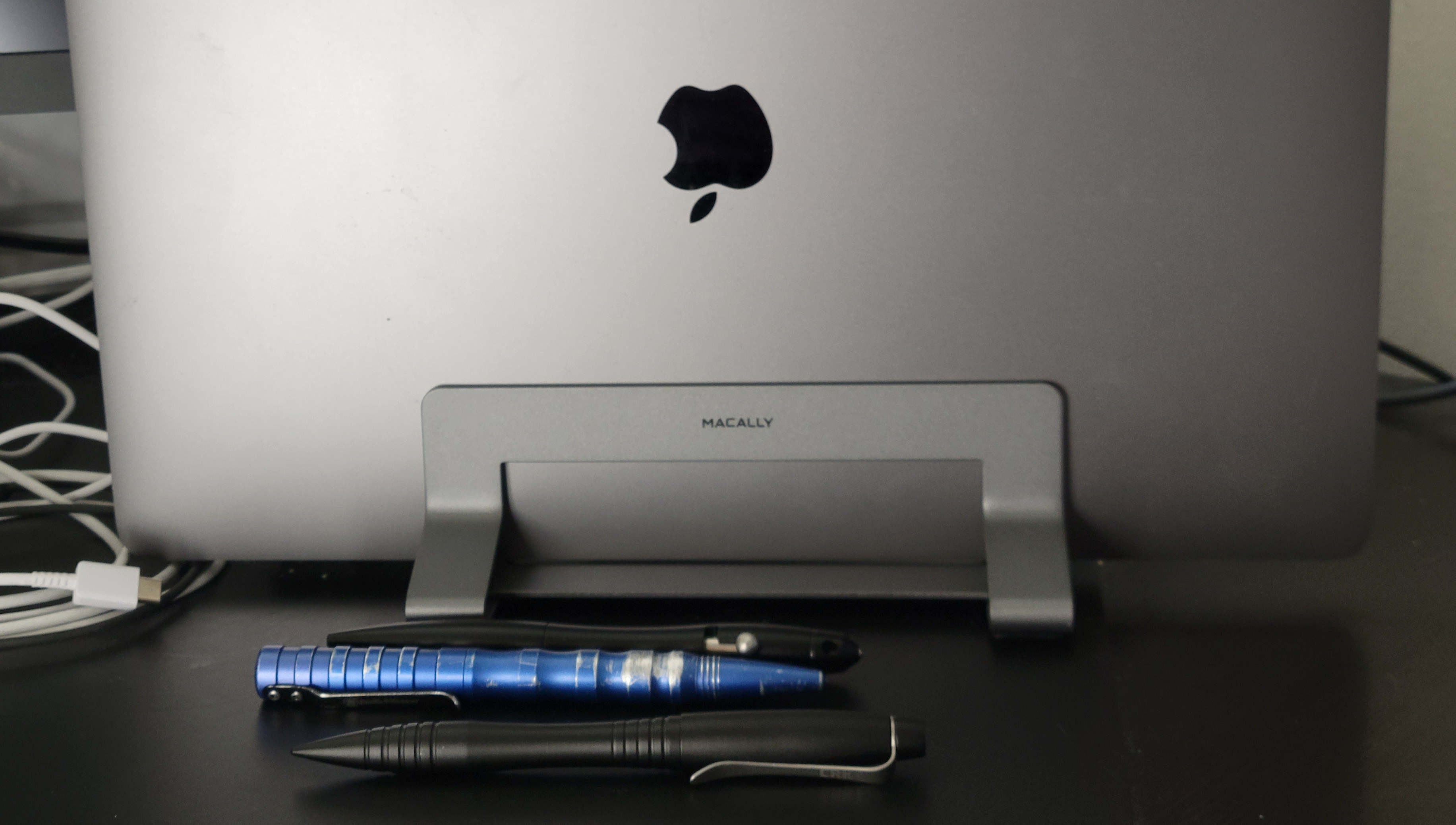 mind the cables. and the lopsidedness.

I just got this thing off Amazon. You can too, if you like it.

I've had a couple of Macally products before. I had a great car mount for my old iPhone. Lasted me three years (I had a three-year lease on a beautiful car and then decided to just stop leasing cars, so I returned it and went back to my old 2001 junker). I hope this thing will last as long as I keep buying Macbooks. Look at how beautiful it is! And yes, I know it's upside down! Leave me alone!

Oh. And those pens! My wife got me a pen I'd been eying up for years, the Columbia River one up front. It was to replace the Smith & Wesson pen I've been carrying for years (you can tell that thing's seen better days!).

And behind it, a cheap-o bolt action pen just to see if $80 is too much to spend on a pen or not. This thing cost less than the CKRT and S&W ones combined! (Now, I know that doesn't make sense, but the CKRT Williams Defense Pen retails for $74.99, and the S&W M&P 2nd Generation Tactical Pen is $34.99 MSRP. Subtract the two and you get $40. This pen was less then half that on Amazon.)

I've an unprofessional opinion on all three. I will go into detail in a future post.